We’re celebrating 40 years of Ensign, and it’s a great story

Ensign has just passed a remarkable milestone: 40 years in business.

It’s highly unusual for a software company to exist for this long. But that doesn’t necessarily mean much (except that we’ve changed our logo quite a lot).

That’s not why we’re celebrating. So why does it really matter?

What have we done differently?

You often hear companies talk about the combined experience of their teams (which in our case would also be impressive), but for any company to actually be in business for over four decades is rare, especially for a software provider.

Why? Well, most software companies eventually fail to keep up with their users’ expectations (or their competition). After a while, someone usually comes along with a shiny new solution that works better.

This got us wondering… what have we done differently over the years that’s enabled us to continue succeeding and growing?

To understand that, we need to explain why Ensign was created.

How do you sell software to people who don’t own computers?

Ensign’s story started in 1980 with a simple mission. Long before digital take-offs or catering to various different trades, it was all about ductwork estimating.

The problem? Producing ductwork estimates was a long and very manual task.

The solution? Use software to make the process much quicker and easier.

At the time, it was a pioneering idea. Using the latest technology to make life easier is something we often take for granted now.

Unfortunately, the “latest technology” in 1980 consisted of a massive, extremely expensive computer that the average contractor would never have used, let alone owned.

So how do you sell software to people who don’t own computers?

“The software just does what it’s supposed to do”

When Darren Faulkner first joined the company in 1989, it was still called Ensign Computers Ltd. Back then, purchasing software was a huge commitment because it meant buying all the hardware you needed to actually run the program.

“We used to sell everything – computers, printers, even paper,” Darren recalls. “Setup took much longer because we went into people’s offices and set up all the hardware for them.

“That’s how we knew people really appreciated how much the software could do for them. They were willing to invest a lot of time and money to get the benefits it offered.”

Darren is now one of our Lead Programmers and in his 32nd year at Ensign – a truly remarkable achievement that very few software engineers can claim.

“The software just does what it’s supposed to do,” Darren says of Ensign’s unprecedented staying power. “If it didn’t do what people wanted, we wouldn’t still be here.”

“A lot of contractors knew nothing about computers back then”

Amazingly enough, Darren only just takes the title of Ensign’s longest-serving programmer. He’s closely followed by Simon McBride, who’s worked closely with him for almost all of that time.

In fact, this year marks 30 years of service for Simon. What’s changed for him in that time?

“Not a lot, really,” he answers at first.

It’s true that the process of writing, testing and developing the software remains essentially unchanged. But really, everything about Ensign (both as a company and a software product) has gradually changed since Simon joined the team in the early ‘90s.

“The team was a lot smaller, so the programmers used to support customers directly,” Simon elaborates. “We used a word processor to write the code and posted out the latest software updates on floppy discs.

“Although we didn’t have to sell the hardware any more, a lot of contractors still knew nothing about computers back then, so we had some interesting issues.

“One client needed to send us a copy of his data, so he sent us a fax. It was a picture of the floppy disc containing his data. We realised he’d been regularly photocopying the disc (which would also wipe the data), printing out the copies and keeping them safe in his filing cabinet!”

Ensign is the only estimating software (as far as we know!) to have been consistently developed by the same two people for over three decades. Darren and Simon have a deep understanding of how Ensign’s software makes a difference to contractors.

But how does that connect to where we are today?

Well, learning from our clients has been crucial to our success. Ensign’s software hasn’t just survived, it’s evolved into a powerful, valuable tool that’s more relevant than ever.

Our director Jonathan Goulstine celebrated his own 40th birthday in 2019. Although he didn’t start the company himself at one year old, he has been driving it forward since he joined in 2003.

Ensign’s success is down to the team

“The reason we’ve remained successful is that we always listen to our clients,” Jonathan says. “We learn what their new challenges are and work with them to find new solutions.

“We always strive to add value and will not create technology for the sake of it.”

This is perhaps the single most important reason why Ensign has held its own for so long in an increasingly competitive market. The software has changed a lot, but never without good reason. We’ve always stayed true to the core solution that our users have valued so much.

Jonathan also credits the Ensign team themselves as a huge factor behind the company’s success. Despite being a small team, we have several long-serving members with over 10 years’ service each.

But even the newer members of the team are channelling the same level of commitment that earned Ensign the reputation it has today.

A quick look at any of our customer reviews immediately gives you an idea of the incredible job our Support team do on a daily basis.

Always looking ahead to the next step

While the rest of the team are working directly with clients every day, Jonathan is always looking ahead to the next step.

“We’re investing in new technology which might seem almost futuristic at the moment, but will soon be the norm,” he explains.

As always, Jonathan is currently in the middle of several exciting software projects. Among other things, he’s preparing to launch the world’s first take-off software powered by artificial intelligence.

Meanwhile, Ensign remains a top priority for Jonathan and the team.

“We’ll continue to innovate and make it even easier for our clients to win work,” he confirms. “When developing new systems, we always keep our customers in the forefront of our minds.

“It’s been a wonderful journey so far. I’m already thinking about where we’ll be when Ensign reaches its 50th birthday!”

To discover more about how Ensign could help you to transform the way you work for the better, book a time to chat to our friendly team and get a free software demo. 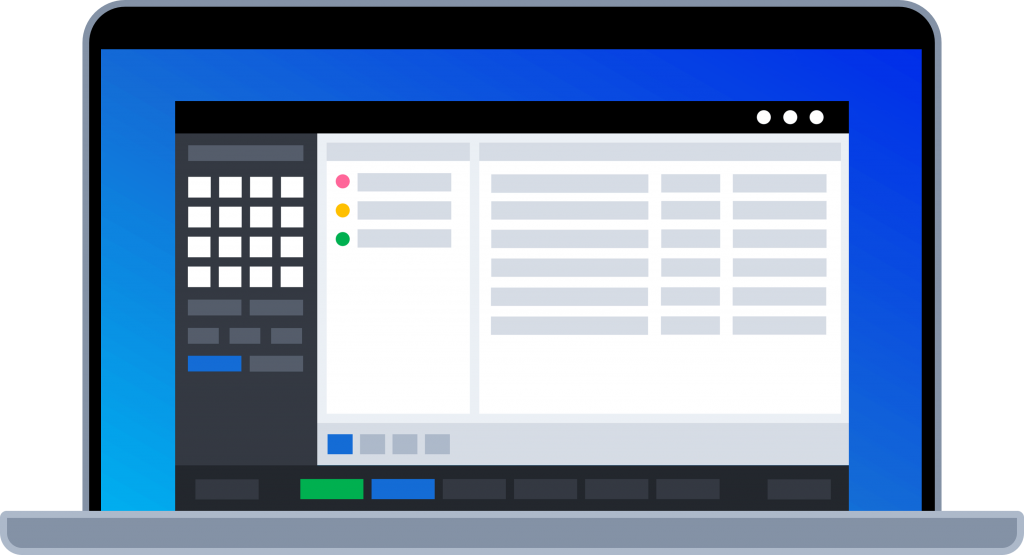 This website uses cookies to improve your experience while you navigate through the website. Out of these, the cookies that are categorized as necessary are stored on your browser as they are essential for the working of basic functionalities of the website. We also use third-party cookies that help us analyze and understand how you use this website. These cookies will be stored in your browser only with your consent. You also have the option to opt-out of these cookies. But opting out of some of these cookies may affect your browsing experience.
Necessary Always Enabled
Necessary cookies are absolutely essential for the website to function properly. These cookies ensure basic functionalities and security features of the website, anonymously.
Functional
Functional cookies help to perform certain functionalities like sharing the content of the website on social media platforms, collect feedbacks, and other third-party features.
Performance
Performance cookies are used to understand and analyze the key performance indexes of the website which helps in delivering a better user experience for the visitors.
Analytics
Analytical cookies are used to understand how visitors interact with the website. These cookies help provide information on metrics the number of visitors, bounce rate, traffic source, etc.
Advertisement
Advertisement cookies are used to provide visitors with relevant ads and marketing campaigns. These cookies track visitors across websites and collect information to provide customized ads.
Others
Other uncategorized cookies are those that are being analyzed and have not been classified into a category as yet.
SAVE & ACCEPT

We’ll keep you updated about progress and developments.

Enter your details to unlock your FREE demo!

Select a date and time below, then confirm your details.